There is only one yoga 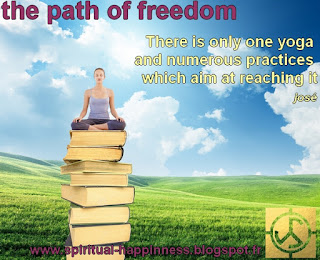 
The word yoga means union, since the eighth century BC. Before, at the time of the writing of the treaty of the yoga, this word meant Liberation, freedom. For the path the union is the opposite of the duality, when the Consciousness is one with itself, when it is gathered, grouped. The freedom is the fruit of the spirit which bewares outside the fluctuations of the mind.

The yoga is native of India, more exactly of an aera become the current Pakistan, and its origins are older than we usually say. They don’t date from the treaty. The origin of the yoga would go back to the prehistory and to the spirituality of the bottom of caves.

Archaeological excavations of the thirties brought to light potteries dating from five thousands years before Christ, on which we found men's illustrations in yogic meditation.

"The Freedom is the indifference to the activities of the mind "
[treatise of the original-yoga 1.2]

Now yoga are found almost every week, because of a passing trend coupled with the search of a better well-being and with the new-age. In Los Angeles, in the United States, every sporting coach invents his yoga. There is even oen who let his clients meditate in huge saunas.

The origin of the word yoga is sanskrit, but either the freedom nor the union are. The catholic monks didn’t need the Indian yoga to meditate, recite rosaries, which are like the tibetan mantras, and unite with God. One is in any creature and when we look inside us, by calming the activity of its brain, we feel a Peace, a serenity which proceeds of Him.

The oraison, the Gregorian chants, the prayer, the work are forms of yoga as powerful as the karma, the bhakti, the raja or others traditional yoga. Some of these methods, allowing the union with One, require a great flexibility that can be acquired by dint of exercises and with the help of a good support team, as the hatha-yoga.

Others require a specific environment, rituals, ascesis and a specific diet as the vegetarianism. According to us, the path has its origin on the banks of the Indus and we are convinced that it is the original yoga.

Treaty of the yoga


In an era, at about the year two hundred BC, this path was the yoga described by the treaty of the yoga. It was in a period of time the Raja-yoga. It is older than the Veda but the Veda speaks about it and the Sàmkhya’s school is the vedic version of the original yoga. 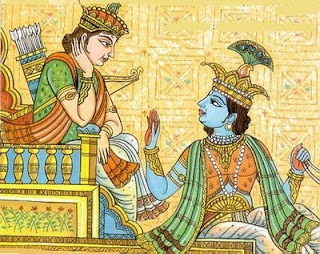 Today it was baptized the path, or original yoga to distinguish it from the Raja-yoga such as it is practised nowadays. It is also the yoga taught by Krishna and described in the Bhagavad-Gîtà, in the middle of the epic narrative of kings and battles.

But the current practices of the Raja-yoga,
and those of the Krishna’s admirers,
are so far from the original yoga
that we don’t use these names.

It is not an exercise 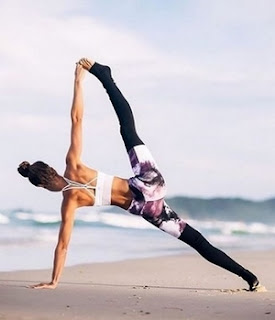 The original yoga is not an existential, physical, nervous nor mental hygiene’s exercice. Other practices, which have their justifications, will be useful for these purposes, it is not the subject of the path, even if it has positive secondary effects.

The path is, as its name lets guess, an inner path, a spiritual life. There are no theories, no rules, no morality nor taboos. It is not forbidden to read about the life of the saints, christian or other, or other esoteric books but it has no incidence on the practice.

"One and its Word are the source of the world,
the path of the Knowledge brings to the Unit "
[Bhaktimàrga 2-1-1]

The path consists of the Agya, which is its Sàdhana
at the same time as the teaching of the living guide,
made with three feet, among which the Meditation,
nothing more simple nor complicated.
It lets us go deep
and changes our vision of the world and our life.