Humility (not to confuse with the modesty) is a spiritual virtue. Do not try to be humble to know the Kingdom, know the Kingdom and you will be humble. How wouldn't a sailor be humble
facing the ocean? 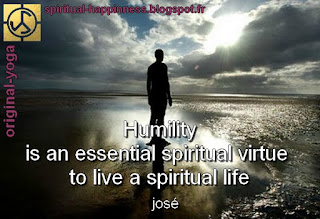 In a spiritual, religious and mystic concern a word is used frequently, which indicates a virtue, this word is: humility. This word, like all the words, does not say the same thing for all ears. For many people the humility is an admirable virtue. For others it is a defect, a weakness, like the kindness, the simplicity, the confidence and the naivety.

Some find with humility a humiliating connotation, undoubtedly because of the similarity existing with the word humiliation. Before any explanation on a word it is always necessary to look at the meaning it has in the dictionaries and its etymology. Often the words are used in meanings which are not their and this precondition is important if you want to state the things clearly. What does Wikipedia (french version) say about it ?

The word humility takes its root in the Latin word humus (ground).

Humility is generally regarded as the quality of he who sees itself in a realistic way, and, with an absolute degree, such as the universe sees it (for the atheists) or such as God sees it (for the believers).

Humility is opposed to all the deformed visions which one can have of oneself (pride, self-centredness, narcissism, dislike of oneself…), visions which can concern pathology starting from a certain intensity.

Humility is not an innate quality in the man, one considers commonly that it is acquired with time, the lived and that it goes hand in hand with an emotional or spiritual maturity, it is connected with an awareness of one’s condition and one’s place in the middle of the others and the universe.

Humility is not inevitably related to the way in which one shows oneself to the others, thus modesty is not a form of humility but rather a demonstration of humility which a person deprived of humility can completely carry out.

In the same way, the pride is not incompatible with humility, you can be pride of yourself for what you carried out, precisely because you have enough humility to become aware that you made a lot for what you are. By opposition, it is often by lack of humility that you devalue yourself, by over-estimating your own capacities and thus by regarding our achievements as poor.

-The feeling to be insignificant, to be small compared to the world which surrounds us. - An attitude by which one does not place oneself above things or others and by which one respects what the providence us presented.

Humility has to be distinguished from false-modesty. The latter pretends humility in order to attract sometimes even more compliments. Humility consists, without ignoring its qualities, to admit that one deserve in the final analysis no special credit”.

It is useless to seek other explanations, other sources, because all those which I consulted overlap and the one given by wiki is at the same time simple and complete.

“The fact that the word takes its source in the Latin humus, as the word human seems to mean that humility consists, for the man, to remember that it is dust [or literally made of ground, i.e. of the most common matter]. That seems to state also that humility is a properly human attitude”.

Humble is not a fault 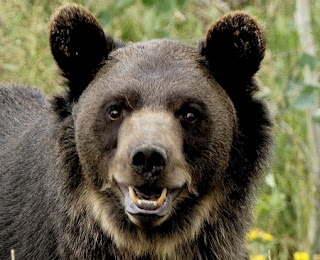 To say that humility is a proper human attitude is not showing modesty. Aren't the animals humble by nature? They see themselves such as they are and do not over-estimate themselves nor have a low opinion of themselves.


If humility is a proper human quality according to what the etymology of the word lets even suppose, the practice of humanity lets us often believe the opposite: humility is not the characteristic of the man. Undoubtedly it is his deep nature, but it is necessary to seek deep, very deep: at the surface what prevails is not the objective vision of oneself.

Some stand above and scorn those who they regard as below. Often the value criterion is related to the money, the possessions, the exercised power on the others, the force. Others are regarded as inferiors and these ones either are not humble: to have a low opinion of oneself is not having just-sight nor just-understanding, therefore is not humble. 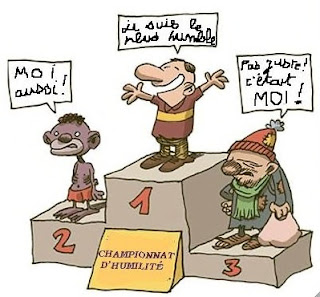 When the Conscience admit to see in humility a virtue, the false-ego seizes it and proposes a copy : false-humility. This false-humility is only a feeling of inferiority, an self-deprecation. To believe to be better than the others, as to believe to be less good take part of the same error. But what is the point of view of the path?

For the path, the humility is a mental state which comes when we met, in ourselves, something large, perfect and when we note that it exceeds us. This meeting is done in the Meditation and the Duty. A practitioner, each time he realizes that he derives on the current from his thoughts, of his calculations and when he closes for a moment the eyes to refocus practice the humility. To put yourself into One by the practice of the Meditation is a tangible proof of humility.

On the path, as on any major and sincere spiritual way,
three virtues, at least, are to be considered:
humility, devotion and constancy.
The devotion is a word full with negative
and false connotations, like humility.
For many people it is the unreasonable love
and without discernment for God or a Guru
[implying swindler manipulator].

The devotion has nothing to do with the buffedled submissivness. The human being always has this free-will that One gave him. The practice brings the understanding, the Just-sight, not the blindness favourable for a stupid submissiveness.

The devotion is a state of Love for One, recognition for its Grace and its guidance. To recognize his true benefits in your life. Without recognition no devotion. Without humility no devotion.