The true Word of God


Verb, Word, Holy-Name, Holy Spirit, Satnam are different names to say the same “thing”. This “thing” cannot be said nor written but it is possible, when it is known how to do, to hear it and to listen to it. This is the Meditation.

The Holy-Name or Word, Verb, Satnam, Te (that of the Tao-TE-King) Holy Spirit, is not a word which can be written nor said. It cannot be easily explained either . On the path the word “Holy-Name” names three things:

-it divine “principle” giving life to all things and beings.


The felt feeling when our attention goes to the right place, like an inner smile. Some speak about the thymus and its reward’s hormone. The body being a creation of God we are not disturbed if this feeling known as “of the Holy-Name” passes by this biochemical “mechanism”.


-The technique of Meditation (one of the four revealed) known as '' technique-of-Holy-Name). This technique can be practised sitting, in a formal depper way, and in action throughout the day while being occupied with our occupations. It is then the Duty (one of the three practices constituting the Agya, Sàdhana of the original-yoga).

''  If you keep my word, then you are truly my disciples;
and you will have knowledge of what is true, and that will make you free.''

It is a quotation of a Jesus-Christ’s teaching reported by the Gospel according to Jean. The Word about which Jesus speaks is not a word made of articulated sounds which would have a meaning and would convey concepts. When he says my word he wants to let speak, through him, the one he designated as his father.

This Word has already been evoked elsewhere in the bible. Everyone knows this sentence which begins the Gospel according to Saint John: “At the beginning was the Verb … the Verb was with God, the Verb was God…”


Some Christians translated this sentence as follow: “Wisdom was near God as of the beginning, before its oldest works, when the silence of God reigned, this silence which sheltered the ideal Wisdom”.

The inner demonstration of our life


We believe that they were mistaken, the verb of which it is question here
is the Word, this Word, this name where it is necessary for us to remain
to be really the disciples of Jesus, as said in John
in chapter XV and this name, this word can neither be said
nor be written but simply be listened.
Those who received the Revelation of the four techniques,
and which observe Agya regularly, know about which word it is.


For us Jesus, when he spoke about the Truth to his disciples, or the seekers who came to listen to him, gave Satsang, this practice of the path which consists in speaking under the Holy-Name's inspiration. When he spoke “In-name-of-God”, he gave Satsang. 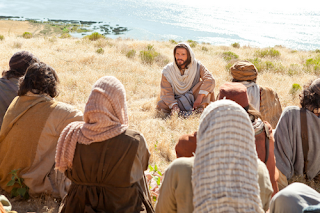 This Satsang was intended to wake up the Conscience predisposed to listen to him [that all who have an ear should hear]. Few people, listening to him, accepted sufficiently his words to follow him and become his disciples: in his lifetime the Christ had twelve apostles and only five or six disciples. Many applauded, little understood that it was about a practice claiming a “Baptism in the Holy spirit and the fire” and to remain in his Word practicing daily a silent prayer, or Meditation.

You start to know what is the Agya, Sadhàna of the path: it is composed of three complementary practices, the Duty, the Satsang and the Meditation. For memory I remind you that the Duty [named by some nonaction] allows to keep your Conscience in the inner Peace [or Holy-Name] along the day, while going about their everyday activities.


When we practise, we understand these words of Jesus:
“If you remain in my Word, you are really my disciples,
and you will know the truth and the truth will free you.”

It could be translated as : “If you practise the Duty (to remain in “His” Word), you are really disciples and you will know the Truth and the Truth will release you from the illusion, confusion, darkness”


Or as: “If you remain in the Holy-Name, practicing the active-meditation (Duty), throughout the day…”


Or, by using the Indian words, as: “If you remain in nonaction, you are my devotees and you will know Satçitananda. You will be released from the chains forged by the false-ego” For the disciples, it could be simply translated as: '' just-do-it ''! And all the rest will be given to you in addition.


To go on two feet


This Verb cannot be conjugated nor said, not more than it can be written.
This Verb is the Holy-Name, the power that One puts
in each life of His Creation, that the taoists name Te
… one of the three elements of the trinity: the Father, the Son and the Holy Spirit
or One, the Man and the Holy-Name. 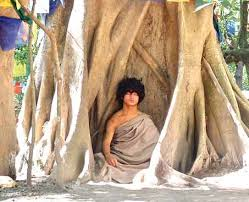 It is not a question of doing like Gautama; to sit down at the bottom of a tree and to meditate until reaching the mystical awakening, even if those which feel irresistibly attracted by this approach should do it. The existence is made of other things and beings which share a part of our destiny. We owe something to them, it is our dharma - or holy duty and the worldly pleasures are not prohibited provided they do not prevent us from living our spiritual part.

A human being goes on two feet…the materiel must go with the spiritual one, thus it is complete. For the Indians of America, the name of human was understood only like that. The white materialist and strong barbarians were not the human beings because they went to bell-foot. The idiotic massacre of the bisons was not, for the Indians, a proof of humanity.