The origins of the path


Here are the explainations about the origins of the path and its original-yoga. I know that what is described here is prone to doubts and controversies but I give you our history, as regards believing it or not it is up to you. The references given are true. 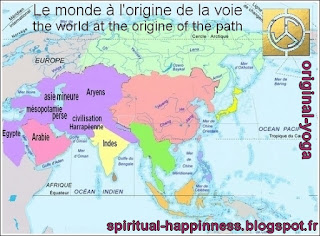 The name of “path of Freedom” was given recently to the path to distinguish it from others practices whose name it may bear but that it cannot claim nor to bear because of the major differences that there are between its original-yoga and these concerned practices : Raja-yoga, Veda, yoga.


We could have named it “the path of yoga” but as there exists many yoga, and as the majority of the Westerners believe that yoga is the hatha-yoga, with its postures, we didn’t. It should be noted that the word yoga meant during a very a long time freedom, release before meaning union, unit. At the time of Patanjali the word yoga had this meaning of freedom. It is the reason of the name.


We could also have named it “Knowledge” but as a famous guru of the 70-80 years already gave this name to his teaching, we didn’t. Why Knowledge? Because of the Shruti, or “revealed-Knowledge” which is the mystic of the original-yoga as the first Sâmkhya school. But this not-learned Knowledge existed before Kapila.


The path often changed the name, according to the time and the language of those who followed it. This spiritual path exists since more than 8000 years and would have its source on the banks of the Indus within the Harappean Civilisation.


Here are some informations regarding the path (of Freedom) and its origins. The name “the path of Freedom” is unknown to a lot of people and it is not surprising: it was given recently to a path existing since a very long time and which is the origin of many known spiritual ways.

Why this name has been given to it

The path is so different from the spiritualities


of which it is tho origin, such as they are currently practised,


than the early Christians, who named themselves as


were from the orthodoxe Russians,


so different the Meditation of the Buddha


is than the practices of the Tibetan Buddhism.

This name of the path of Freedom was given to it to differentiate it from all these practices which are prevailed of its heritage but do not have anything commun with it. This name exists, in India, even if it is little known. It indicates the path of the middle, but it is not the path of the middle of which it is question in the Buddhism of today. 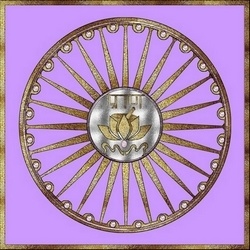 It could have been named simply: the middle path or Madhyama-màrga (name which it had at one time). In India it would be the Raja-yoga, but the practices of this yoga do not have anything any more to do with those of the origins, as taught by Krishna until the time of Patanjali.

Yogascittavrttinirodhah:“freedom is the indifference to the activities of the mind”.

[treatise of yoga or yogasûtra]

The version of the path:

Origins of the path 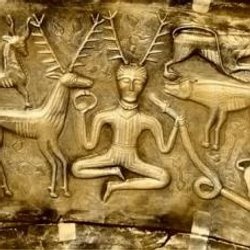 We affirm that the path has its origins in the Indus Valley Civilisation gone back to five thousand to one thousand and nine hundred years before J.C. The first books of the Vedas seem to be inspired by the teaching resulting from this civilisation brutally disappeared because of a climatic and/or tectonic catastrophe and with the migration, which followed, of its population towards the East, in North India then to the Ganges basin.

Some allot the merit of the Vedic writings to the Aryans from Central Asia. Others doubt that these Aryans invaded the Indian sub-continent abruptly, by imposing their culture and their language, the Sanskrit, preferring the version of an interpenetration of the various present cultures, in this place and at that time. This process proceeded on several hundred years.

Thus the Harappeans and the Aryans would have met
on a long period of time and assembled in new people.
The spiritual culture of the harappeanns
would have very strongly influenced the Vedas.
From this cultural interpenetration
would have been born the vedism from the beginnings.


Echoes of this path 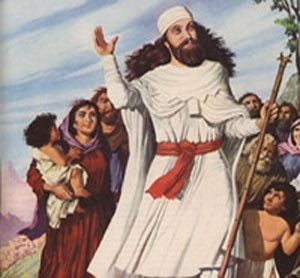 It should be noticed also that certain teachings of Zarathoustra [Zoroastre], in the former Iran (Persia), had common points with those delivered by the spirituality by the Indus Valley Civilisation to whom, for us, the path is the heir. The origin of the vedism, would be the same one and the relationship between this origin and spirituality of the Indus Valley Civilisation are obvious with the reading of the Bhagavad-Gîtâ.

Zarathoustra was a Persian, but the Persia of his time largely overflowed the current Iran to include Afghanistan and part of the Central Asia, as well as the basin of the two large rivers of septentrional India, Indus and Gange.

The spirituality strongly existed in the Harappean Civilisation
and looked like, according to some iconographic representations
found in the excavations of the city Mohenjo-Daro,
the yoga to see the postures drawn on potteries
and looking a lot like the lotus posture.
However at that time Patanjali did not exist yet,
it is lacking some three or four thousend years.

End of the Indus Valley Civilisation


The supposed date of the end of this civilisation matches exactly with the beginnings of the Vedas (around 1700 years before our era) and of the original hindouist religion, which was very different to what it became later. The Vedas and the Hinduism are directly issued (although very deformed) from the spirituality of the Indus Valley Civilisation as, concomitantly, the Jaïn religion, independent of the Hinduism in spite of their common origin. It should be known that the harappean people saw his spiritual culture mixed with that of the people met during his exodus.


The Sanskrit language
[language of the people which lived North India at that time]
allowed to write the teaching of the Indus Valley Civilisation,
which was transmitted hitherto only in an oral way.
The Vedic texts speak about the Harappean origin of their teaching.

The Indus river is perhaps the Sarasvatî river - described by the Vedas - unless it disappeared because of a brutal catastrophe, like a mega earthquake, which would have diverted its course. Recent satellite photos, of South-west India show the traces of a disappeared river basin which could be that of the Vedic river Sarasvatî. On the banks of this river a world lived which would have been perfect, spiritually, near to the Utopia, always according to the Vedas. 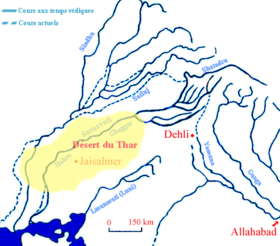 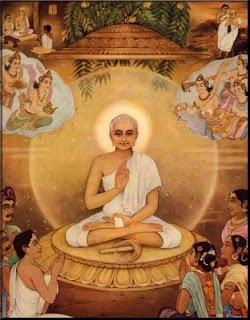 The Zoroastrian spirituality has the same origin, via the Mazda religion and the Manicheism of Mani. Platon was inspired by them. It should be noticed that the Jaïn religion draws upon its origin in the pre-jainism [the Jaïn tradition] which originated from the banks of the Indus and the Indus Valley Civilisation.

The Buddhism draws upon its origins in the Jaïn tradition and sri Gautama was one of Gosala’s pupils, as the reformer of the Jaïnism Mahavira at the same time. Samaññaphala Sutta of the Buddhist Pàli Canon mentions Gosala.

It seems that the spirituality of the Indus banks
had a major influence on the spiritual evolution
of the human thought from about 8000 to 9000 years.
The world was then centered on the Middle East,
the Iran which went to the edges of the Gange.
This evolution lasted until the beginnings of the Christianism.

The exchanges of this time

The intellectuals, spiritual and commercial exchanges, were intense by the caravans going, on the Silk Road, to the current Lebanon, then towards the former Greece and from Greece towards Rome and all Europe.

This time and this area of the world were the seat of the greatest upheavals of the human conscience since its creation. That continued with the invention of the Judaism, of the writing and Christianism is the direct heir of the Judaism. The name given at that time by the specialists is: Upper Neolithic age.

The origins of the path thus go back at least to the Upper Neolithic age. The names changed, the Masters followed one another and their teaching received, unceasingly, new contributions. The religions are the heirs of these contributions. This message could not be simpler and to complicate it, by dogmas and old names does not add anything to it, quite the contrary. The path changed the name with each time different languages spoke about it.

The Taoism, the Sikhism, the Radhasoami, the Sant-Mat, the Buddhism, the Vedism, the mystic of the Christ and others still, as the Manicheism are related with the path, even if they do not know it.

1/Yoga meant freedom, release for a long time, before meaning unit, union. At the time where Patanjali (undoubtedly more a “brand” that the name of a person) wrote the yogasûtra, the word yoga had this meaning this is why the translation of this word, in the treaty of yoga (version of yogasûtra by the path) was Freedom.