What the Satsang is

The word Satsang means company of truth. This is the inner experience of sharing orally or in writing. Satsang is one of the three feet of the Agya with the Meditation and the Service. The Agya is all what makes the. practice of the yoga-original.

What the Satsang is

The Satsang is given orally, ideally or in writing if it is impossible to hear it. The orally given Satsang is a kind of monologue, of sermon as we said at the time of the Christ.

According to the teaching only the Guide and the premie (disciples of the fourth degree of practice) can give Satsang. The person who gives Satsang meditates on the “Holy-Name” a few moments before speaking. When it feels this “inner-smile” in the top of the chest, it opens the eyes and improvises a “sermon”.

We used to say that the important thing, in Satsang, is not the saying concepts but the contents of the words, the feeling. It has to be noticed that only those which know and frequent the Truth regularly are able to give Satsang. This word is not deposited by the Path and all the movements make use of it to name the speeches which they hold.

The word Satsang breaks up into two syllables,
sat: perfection, Truth and sang: company,
what gives: “company of the Truth”.
Satsang is part of the practice of the path,
with the Meditation and the Duty.


Each one of these three parts is essential if you want to live this spirituality with some satisfactions. The Satsang is to speak, or write starting from its experiment and under the inspiration of the inner-Peace. The Satsang is also to listen and read the narratives of a yoga-originel practitioner arriving at the stage of premie or “god's lover” and of the guide. The Satsang of the guide conveys also his teaching. 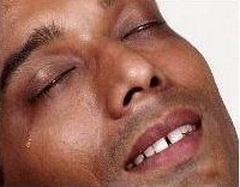 You know what you hope to find in the deep Meditation: a transcendental experiment of the ineffable one. This is the more attractive side of the path, the strongest promise even if often the experiment is limited to a centring what is already much when you realise what this centring brings to you in your daily life.

As regards the Meditation in action, or Duty, you know that you have to practise it as often and as long as possible throughout the day, especially at the degree of practice of Chela, or disciple, in order to keep your emotions under contro. The purpose of the Realization, which is one of the goals of the path, in any case for a disciple and a premie, is not so much to plunge in the nirvikalpa-samadhi, or ecstasy, by the sitted meditation as to make with the deep spirituality, the Conscience, a daily reality.

''The Duty is the hall which leads to the room of Meditation
The door is the Satsang ''.
[Bhaktimàrga 2-3-23]


As regards the Satsang it is in the same way an inescapable date in the life of a practitioner. The benefit to receive Satsang is to inspire. In the Duty you have the concept to make all the daily tasks by keeping the spirit centered and by seeking the excellence, without waiting of reward, without being attached to the result, some then speak about nonact.


The given Satsang is also part of the Duty, for a premie: it is a question of sharing the experiment, it is necessary to say that the path exists and what it brings in his/her life, to share without seeking to convince. More than the verbal, conceptual contents of Satsang, the feeling of Truth must touch at the listener or the reader a cord which did not vibrate any more and requires to vibrate again. 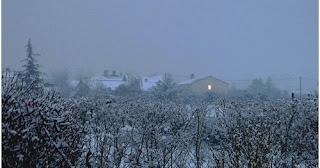 The Christ told to his disciples, in connection with that:  ''And he said to them, When the light comes in, do people put it under a vessel, or under the bed, and not on its table? There is nothing covered which will not be seen openly, and nothing has been made secret which will not come to light. If any man has ears, let him give ear '' .[Mark 4:21,22,23]

Satsang is never a dialogue:
when a premie, the guide gives Satsang
one listens to it without stopping him from the beginning to the end.
If one wants to dialogue, to ask questions it is possible
but one will do it before or afterwards.