The cause of your problems

Many of our problems have one and the same cause, actually. This text speaks about that and explains you what is this fundamental cause. This subject will interest all those who have problems whose cause is not always very clear. 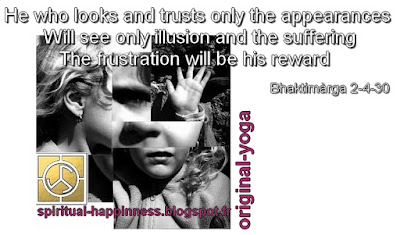 In an other text, on the french blog: “De quoi nous sommes faits” It is question of
what is the essence of the human being, its Conscience.
We talk there about the four elements: the soul, the ego, the body and the mind.

Do not lose you


Some people believe the human being is made of seven bodies more or less subtle, others count some even more, with the “sub-files”. It is not beneficial to consider this conceptual anatomy. To enjoy a landscape, is it necessary to be a photographer? People spend their life to look at postcards without never travelling, as others study the various bodies of the human being without never seeing them.

Why the suffering without reason Why the human being is the only creature which suffers when he does not have any objective reason and where does it come from that he has a kind of latent suffering, of chronic frustration? You heard all about the yin and the yang: it is this complementary duality which lets turn the machine and, as the day has its opposite, with the night, the heat has it, with the cold, the ego has its counterpart too: the false-ego. The Conscience has the unconsciousness, the Light, the darkness and happiness has the unhappiness.

''He who looks and trusts only the appearances will see only illusion and the suffering,
The frustration will be his reward ''
[Bhaktimàrga 2-4-30]

The yin and the yang


The ego bound with the soul, makes the Conscience. The false-ego is unconsciousness. The Conscience uses the mind to perceive the world with the senses. The seat of the vision, of the hearing, the sense of smell, the touch, is in the brain and the intendant is the mind. We are made up with the soul, the ego, the body and the mind.

''The soul comes from One, the Grace gives it fleshby the ego offered in present
So that the body has a conscience ''
[Bhaktimàrga 1-2-12] 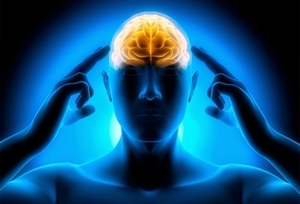 The mind is an interface between the soul and the material world. It is the operating system of the brain. A part of the mind is known as “higher”, that one is attracted by the spirituality and the seat of the sensitivity. The other part is turned towards the more obvious world for the senses. It is the seat of the instincts, the basic needs, the enjoyment, the pleasures, the materiality. This part is known as “lower”. Caution: it is not a hierarchy. The two parts are closely dependent and complementary. The two sides of a coin cannot be separated one from the other !

''The mind leads the body and the soul to dream, to feel the beauty of the Creation ''
[Bhaktimàrga 1-2-21]

The two faces of the mind

The human being, when it is turned
only towards the obviousness of the senses,
forgets his spiritual dimension and suffers from it.
It is the nostalgia of the soul.
Often the human being strives to fill this vacuum,
this lack of subtle, spiritual things,
with coarse, material things,
then obviously: that does not work!
And the suffering, the frustration, the confusion settle.

The more the person loses the contact with the subtle things and the larger the suffering is: he goes on one leg. It is the puprose of the path, of its original-yoga to make you go on your two feet.