The source of all the evils

When one takes all the evils of the men on planet and that one goes up the tree structure of causalities one arrives to the mother of all the sufferings. It is what is explained in this text, if you want to know it should be read! 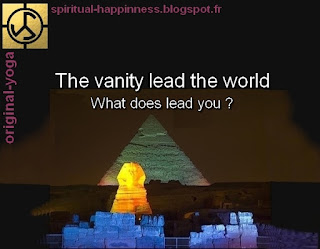 There is in the man the solution to all of his problems
Every existential problem has a solution, wether they are problems of simple survival: access to water, food, medical care, peace of the weapons or they are problems of democracy, justice, expression of its freedom, of equity and so on.

The reason of these problems is inside the human being, the solution too. The peace in the world is considered as an Utopia and, because of that is not considered as a realistic option.

The root of the evil is unique 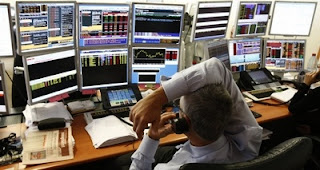 When the tree structure of the causes is made one arrives at a single root. For example, the case of a population which dies of hunger. climatic, geopolitical, macro-economic, corruption, the diversion of the assistances causes are evokated, but in Truth there is not that only one cause to all of these problems: lack of Conscience.

''The good found leads to the Kingdom, the evil to the suffiring and the confusion'' [Bhaktimàrga 1-4-5]

The things were scrambled, little can make the difference between the good and the evil. The people who speculate about the price of cereals are completely indifferent to the famine that causes for million of poors throughout the world, provided that they grow rich. What wouldn't one make to have a house, a larger car, more expensive than those of the others?

One laughs oneself of the good

Simplicity is not in trend any more

The simplicity became the over-simplification, like the solidarity became the assistantship, the service public became the sector public and one laughs making the free thinkers to whom '' one does not do it '', but at the bottom one knows well that the truth is simple and that what one does is bad, but one pretends, to save our financial interest, because one makes fun well of the good. One has chosen his camp: evil provided that pays. To deny the good and the evil does not make them disappear.

The good and the evil exist in Truth 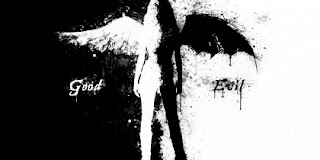 The evil exists and when you choose it your life is vain and always finish by suffering, even while having sat on a lot of gold. The richest billionaire and most powerful enjoys the advantages of his situation at most a few years, twenty or thirty years, but by ageing and becoming old, his pangs and his doubts are the same ones as for a modest person.

The mask of a skin lifted face appears younger but the age and the proximity of the death do not have anything to do with the appearances. Ageing is ageing, one hates that and the wealth changes nothing.

The origin of the suffering 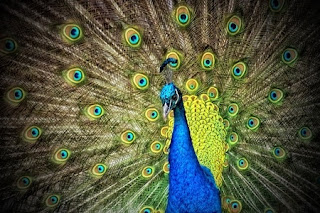 ''To satisfy your desires throws you in the suffering, the frustration because they have no end '' [Bhaktimàrga 1-4-18]

The jealousy is a daughter of vanity and it causes great misfortunes. The vanity is the girl of the evil, of the lack of Conscience, its largest demonstration, in the heart of the men and it prevented their spirit from knowing Peace.
In Truth, only the people who will ignore their vanity will reach the Kingdom. The vanity is your worst enemy. Be wary of it as of the plague. Each time a feeling or a thought comes to you from the vanity, it has only one goal: mislead you, to move you away from the Kingdom.