There is a common theme among the people who are concerned about spirituality, this subject is: " the ego, friend or enemy? " Some people consider the ego has nothing to do with the spirituality but fall under the psychology.

Others think the ego belongs to the field of the spirituality. According to the ones, the ego would be the self, the psychic individuality needed for the life and true friend in the self-evolution. According to the others, it would be an enemy that cut you from your true, deep self and plunge you in the suffering of the illusion.

As always it is necessary, to understand a word,
to know the origin.
The word ego comes from the common Indo-European : eghom
via old Greek egô and means me.

"It refers generally to the representation and the conscience which we have of oneself. It is sometimes considered as the foundation of the personality (in particular in psychology) or as an obstacle in our personal fulfillment (in particular in spirituality). [wikipedia] 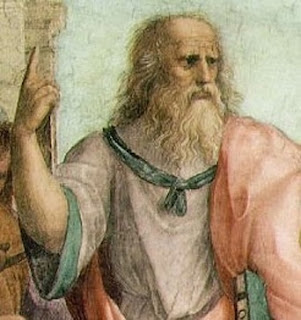 The ego would be the psychological equivalent of conscience in philosophy. An ego would be a me which perceives informations, handles them. What can make us conclude that the ego is a me without Conscience

This word has several meanings

Why quarrel the use of this word? Like many words, ego possesses various meanings. Let us make a focus on two of them: a materialist, a Platonist, a Cartesian, the other one spiritual for which the ego would be the false representation that an individual would make from himself.

This representation would hide the real nature of the human-being. Certain authors speak about the ego like a false-ego constituted by souvenirs and by experiences. It would differ from the original nature of every human being. Such a confusion would produce an illusion which would deprive those who are prisoners of a real freedom and would chain them to plans of suffering [egocentricity, pride, vanity, self-esteem, erroneous perception of the world].

In this conception, a person freed from its ego knows the spiritual awakening. The methods to release himself from the influence of the ego are diverse and every spiritual school has its own one. Here is the point of view of the path in this regard:

The ego is indispensible

The ego is indispensible because it gives to the ethereal soul
the Conscience of itself at the time of the embodiment.
This incarnation is an opportunity
even if the Hinduism feels it as a chain [samsâra ]
from which it would be necessary to rid of

Without ego no Conscience neither free-will and without Conscience nor free-will no Conscience of the bliss. Before being embodied the soul is in the devine energy [The Kingdom, the Tao] like a drop in the ocean. There is no happiness, no bliss, no felicity there because a drop of water has no conscience, no free-will, no discernment. The incarnation puts this divine drop in a packaging, a body. This "bottling" is made possible by the ego.

So, in summary: the ego making the soul being able to say I,
gives to it the conscience of itself and the freedom
to say yes and to say no,
thus the free-will.

The Conscience is the daughter of the soul and the ego. With the Conscience comes, in the soul, the free-will; the possibility of saying yes and no.

"The soul comes from One, the Grace gives it flesh by the ego offered in present,
So that the body has a conscience''
[Bhaktimàrga 1-2-12]


Every coin has two faces 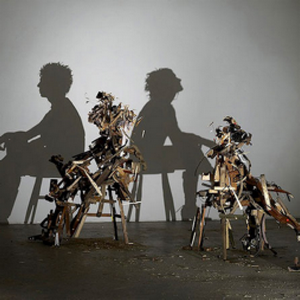 Every coin has its other face and the ego too. The other face of the ego is the false-ego; the inertia it imposes "mechanically" on the spirit and that pushes it to what vibrates with the same frequency as it. The subject of the spirituality is to compensate this inertia "Màyàtrope" [which attracts towards Màyà or illusion] to rebalance the Conscience for the benefit of a more subtle domain.

The false-ego is the shadow of the ego, its dark side, the fruit of the absence of Conscience: when the soul is not conscious of its nature any more, when it gets lost in the illusion, in the confusion of the duality, the effects of the false-ego appear.

You cannot do without the false-ego, it is the other face of the ego. In order to not undergo the opposite influence you have to rely on the Grace by a particular inner-posture, which the regular practice of the original-yoga allows.